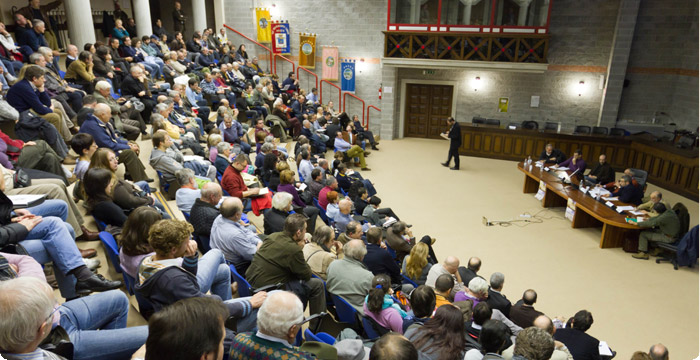 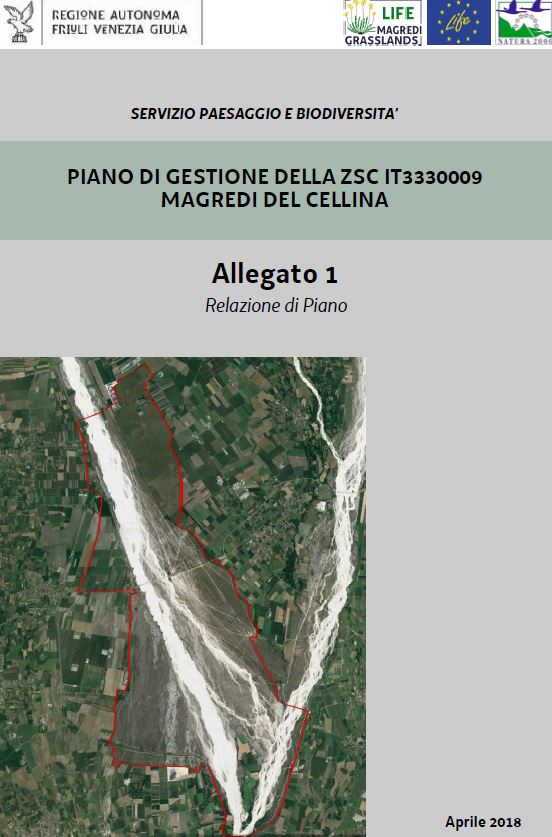 ADPTION OF THE 4 MANAGEMENT PLANS

The Region, through the LIFE Project, has undertaken to approve the management plans of all the 4 SCI involved in the Project within the given deadline.

The Management Plan of the Tagliamento Riverbed has been in force since 14th August 2019. The Conservation Measures were adopted by virtue of DGR no. 1306 (Deliberation of the Regional Government no. 1306) of 26th July 2019.

On 14th August 2019 the Measures for the Conservation of the "Valle del Medio Tagliamento" (Middle Valley of the Tagliamento river) SAC have come into force with DGR no. 1307 (Deliberation no. 1307) of 26th July 2019.

CONSERVATION MEASURES AND MANAGEMENT PLANS. WHAT ARE THEY?

The Biodiveristy Department has adopted some conservation measures foreseen by the "Habitat" Directive concerning all the SCIs or SACs of the region (with the exception of the recently established ones).

In addition to the regulatory measures (RE) the following types of Conservation Measures are provided:

-  active interventions (AI): these are the activities concerning the restoration and management of the habitats. Among the instruments used to carry out these Measures there are the EU Programmes of financial support, such as, the LIFE+ Programme that has made it possible to co-finance this LIFE MAGREDI GRASSLANDS Project;

-  incentive and Compensating Measures (IN): these are Measures that make it possible on the one hand, to incentivize a more sustainable use of the territory with voluntary restoration and conservation initiatives of the habitats, on the other hand, to compensate for any greater burdens generated by the constraints established by the Plan itself;

- the monitoring and/or research programmes (MR): make it possible to monitor and thus improve, over time, the effectiveness of the conservation Measures adopted through the analysis of the conservation status of habitats and species before, during and after the adoption of the Plan itself;

- the diffusion and awareness-rising programs (PD): make it possible to give out information to the different categories that operate within the SCIs. On the whole, these programs lead to improving citizens understanding of: 1. the value of the site; 2. the strategic choices of the Plan; 3. the activities that are permitted and those that are regulated; 4. the compensations and incentives provided for the main categories involved.

download the leaflet of the Support Measures for permanent grasslands

The main Conservation Measures of the dry grasslands (a habitat certified with code 62A0 in the Habitat Directive) have been defined in the Management Plans. In addition to regulatory measures, a series of active management measures have been identified. Thanks to the financial support of the LIFE Project, even before the Plans were adopted, some of these active intervention Measures for the conservation of habitats were actually accomplished through the implementation of extraordinary measures for the recovery and improvement of the most characteristic habitats like the dry grasslands.

Within the Management Plans an important role is played by the Incentives for the recovery, maintenance and proper management of permanent grasslands and of the so-called spotted clearings systems (dry grasslands with the presence of spots of scrubs/bushes here and there) that are among the richest ecosystems in terms of biodiversity.