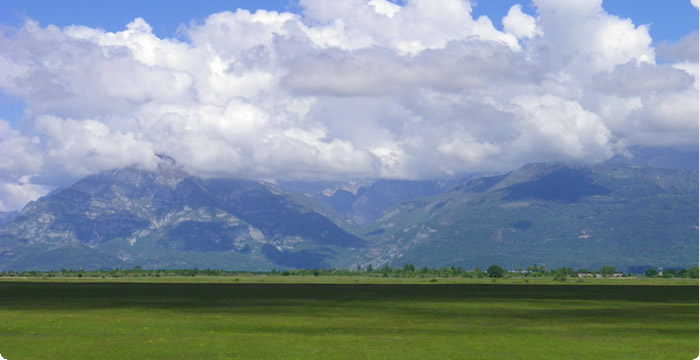 THE SITES INVOLVED BY LIFE INTERVENTIONS

The habitats redevelopment and restoration interventions, the management plans adoption and other initiatives of Life Project, including those related to information and divulgation, are related to 4 Sites of Community Importance of our Region. These sites have several aspects in common among them but at the same time they have many elements and peculiarities that distinguish each of them.

The Magredi del Cellina SCI, as well as maintaining the largest Po Valley dry grasslands area, are also the place where appears better represented the entire evolutionary sequence from pioneer vegetation of the riverbeds, passing through the most primitive grasslands, reaches the most advanced continuous grasslands. They therefore constitute a unique environment not only at the national but also at European scale.

The Greto del Tagliamento SCI includes a large section of the Tagliamento river, between the Pinzano close and Dignano bridge, which is one of the best preserved. This is a considerable portion of the waterway with natural courses in range of river ecosystem that already has a European significance because considered by scholars the King of Alpine rivers. In the stretch of the high plain where it is included, at a distance of only 20 km, there are the big gravel beds of the Cellina, Meduna and Tagliamento rivers.

The Valle del Medio Tagliamento SCI is an important node of the Natura 2000 network of Friuli Venezia Giulia because is the connection between the Alpine region and the lowland river and peri-fluvial environments characterized by the presence of wide gravel beds and the wet area formed by Osoppo fields. Within a rather limited area there is a varied mosaic of natural peri-fluvial environments, among which one of the key tiles is represented by wide gravel and permeable expanse where the Tagliamento river flows with its characteristic braided patterns.

The ecological role of the Confluenza Torre-Natisone SCI is primarily imputable to its particular location within the region. Infact the river system in its longitudinal progression from north to south, connects the Julian Alps to the Adriatic coast. Furthermore, among the regional SCIs with these features is the one that is located at the lower level. It is also the site located further south and near the sea, so its vegetation acquires a connotations even more distinctly thermophilic. Finally, the site is located further east and is then affected by the proximity of Trieste and the Carso plateau.