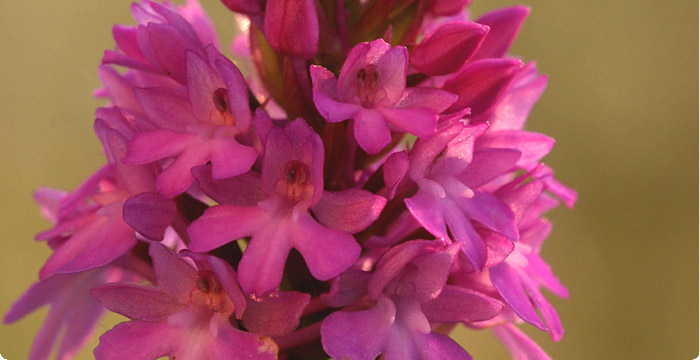 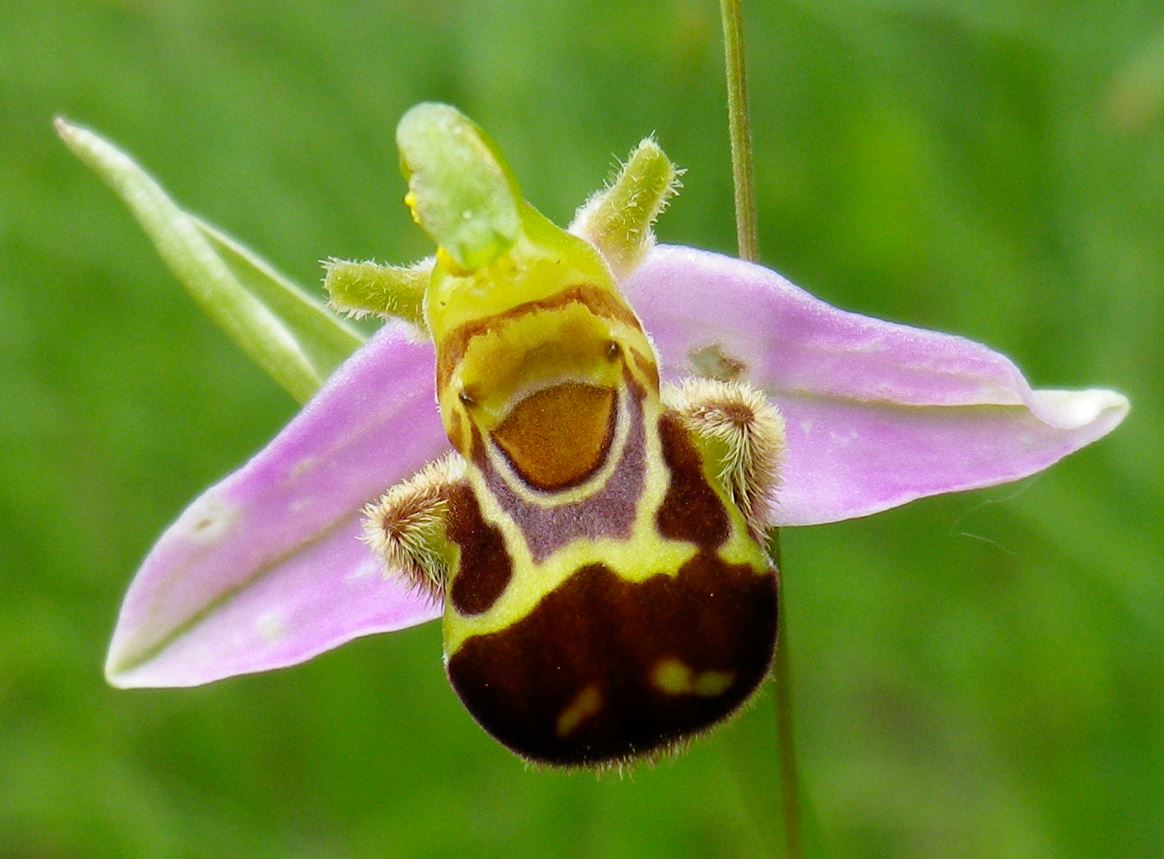 Ophrys apifera, one of the wild orchids grown in vitro and transplanted in the areas restored within the LIFE Magredi Grasslands Project

In the plains of our Region wild orchids, that grow in natural grasslands, were a lot more widespread than today.
One of the factors that led to its reduction has been the transition from extensive agriculture, linked to a family economy, to today's intensive and industrial type of economy. This model is the one that has prevailed especially since the last post-war period. All this, on the one hand has progressively reduced the presence of orchids at the same time as the reduction of grasslands, and on the other hand, due to the abandonment of traditional practices - such as mowing, harvesting of timber and pasture - has favored scrub encroachment of the few surviving permanent meadows.
Most of the wild orchids that still survive in the plains are those related to the peat bogs, wet meadows and magredi.
Within the LIFE Project, an experimental research project was carried out to identify in vitro propagation techniques and greenhouse acclimatization of the plants belonging to the most characteristic orchid species of dry grasslands. Although in vitro propagation is rather difficult, it is, at present, the one that offers the best chances of success compared to other techniques. For this reason we have used expert personnel for research, seed harvesting and subsequent seeding on sterile substrates in conditioned environments. The adaptation of seedlings was carried out in the greenhouses present in the nursery managed by the Biodiversity Department. The plants produced can be transplanted, at a later time in the dry grasslands that have been restored. Among the species being tested: the Lesser Orchid (Orchis morio), the Pink Hand (Gymnadenia conopsea), the Bee Orchid (Ophrys apifera), the Bug Orchid (Anacamptis coriophora), the Three-toothed Orchid (Orchis tridentata ), the Military Orchid (Orchis militaris), the Lesser Butterfly Orchid (Platanthera bifolia) and the Greater Serapis (Serapias vomeracea).

SUMMARY OF THE RESULTS OF THE EXPERIMENTATION

The Project has been developed in collaboration with prof. Elisabetta Sgarbi of the University of Modena and Reggio Calabria.

The seedlings grown in vitro (a total of 871 specimens) have been delivered to the regional nursery, divided into three lots, between September 2014 and October 2015.

All the specimens were all endowed with a well-formed tuber and a short stem bearing small leaves .

The acclimatisation phase in the greenhouse has been, as expected, the most critical since spontaneous orchids establish, in nature, a symbiosis with a specific microscopic fungus present in the soil (mycorrhizza) that enables the developing seedling to absorb nutrients that would otherwise be unavailable due to the insufficient root system with which it is equipped. The symbiosis-specific fungi are absent in commercial soils and this probably explains the significant losses of seedlings during the greenhouse acclimatization phase. The percentage of seedlings that have passed this phase has been approximately 10%, a value that could be improved by reducing the irrigation water supplies. The seedlings that passed the acclimatization phase were thus transplanted in the open field in June 2015, in a restored area inside the Valle del Medio Tagliamento SAC.

Beyond the strictly numerical results, it seems evident that planting the Orchid tubers where the presence of the symbiotic fungus is certain, has significantly favored their survival

This action was co-ordinated by Lucio Taverna.